Bakuchiol vs Retinol, what are the benefits and is one better than the other? If you have ever had experience with treating fine lines, breakouts, or dark spots it’s very likely that you came across a skincare product called retinol.

Retinol is currently one of the most popular skincare products that might be helpful in reversing signs of aging. However, it could be very harsh on the skin and once you start using it, your skin can adapt to it and it won’t be as beneficial as it was at the start. What this means is if you are looking to achieve the same smooth results, you gradually have to apply more and more of this product. This can be an intense commitment and might be a tad risky.

However, a new product has recently gained popularity because of its similarity to retinol and almost identical benefits. Bakuchiol is a plant extract and it’s making its name on the market really fast. Some users are calling it a natural and vegan alternative to retinol.
In this article, we will explore just how similar these two products are, and what are their differences, so you have an easier time picking one for your skincare routine. 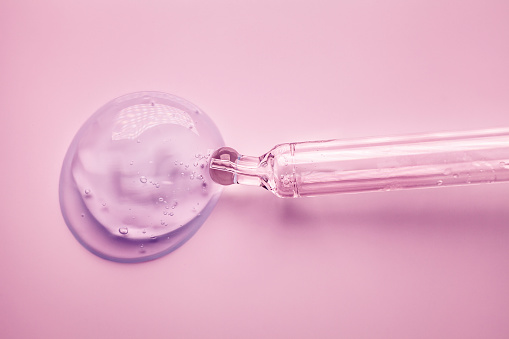 Retinol is perhaps the most popular product for getting rid of wrinkles, fine lines, and dull skin. Out of the five retinoid forms, it is the third strongest. It’s essentially a vitamin A derivative that enhances skin cell renewal and promotes collagen production. Some studies have shown that after a few weeks of application, your skin can become much smoother, firmer, and youthful-looking.

However, while a lot of people seem to be more than satisfied with this product, there are those who genetically have more sensitive skin and find retinol to have very harsh effects.
Some side-effects that people with sensitive skin have reported include burning, scaling, and dermatitis. Due to the fact that it loses effectiveness over time and has to be applied more gradually, people who need to apply it consistently aren’t very happy. These are some of the downsides that allowed bakuchiol to become so popular and a safer alternative.

Bakuchiol is an extract made from the seeds of the babchi plant. Babchi is a purple herb that’s most commonly used in traditional Chinese medicine.
This compound has gained a lot of popularity due to its similar effects as retinol when it comes to skincare.

Bakuchiol is considered to have more gentle effects compared to retinol with almost all of the same benefits. It is also good as an antioxidant since it boosts skin health and promotes healthy aging.

For these reasons, people with sensitive skin opt for bakuchiol rather than retinol.

Retinol can sometimes cause redness, burning, and stinging. Pure bakuchiol is also gaining attention for its role in improving acne, photoaging, and hyperpigmentation without having any significant side effects. 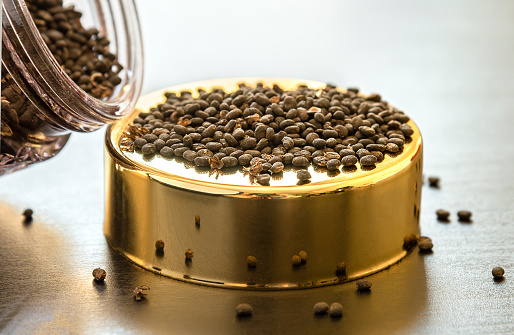 A study published in the International Journal of Cosmetic Science compared the effects of both bakuchiol and retinol on the skin. Scientists found that despite having no structural similarity to retinoids, bakuchiol still functions in a similar matter, especially when it comes to the gene expression profile.

Results suggested that after 10-12 weeks of applying bakuchiol twice a day users noticed an outstanding improvement in lines and wrinkles, as well as skin elasticity, and firmness. These results were very similar when compared to those of retinol skin application.

Researchers suggest that bakuchiol serum enhances the regulation process of types I and IV collagen in DNA and prompts type III collagen. What this means is that bakuchiol is beneficial in the production of collagen and avoids collagen loss, just like retinol does.
Collagen provides protein that maintains skin forming and connects various tissues throughout the body. This increases its production and leads to healthy aging and wrinkle reduction.

Slowing Down Signs of Aging

When the results of numerous studies were compared, it was shown that both bakuchiol and retinol have shown to be able to significantly decrease hyperpigmentation and wrinkle surface areas. However, the participants who have used retinol have reported experiencing side effects like facial skin scaling and stinging.
Led by this report, it is safe to assume that bakuchiol might be safer to use compared to retinol, due to the lack of negative reactions and the overall more gentle effects. 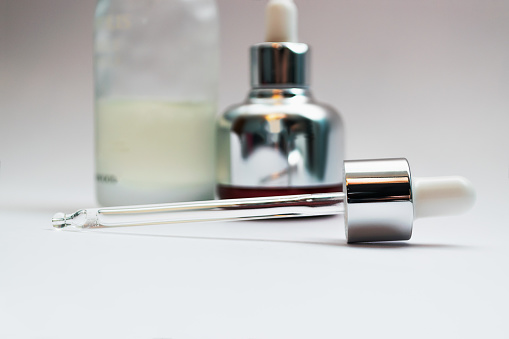 In 2018 there was a study that examined both of these extracts and suggests how both compounds seem to have the ability to activate gene expression in the skin and that can lead to improvement of photodamage, which is a great contributor to the aging process. Retinol and bakuchiol both also encourage collagen production, which is an anti-aging ingredient. This study has shown that there are numerous similarities in the way they affect cell pathways.

However, there are several differences between the two. Although bakuchiol has a comparable structure to retinol, it doesn’t affect the same retinoic acid receptors. On the other side, some researchers have found that bakuchiol was actually even more efficient  at slowing down the activity of two matrix metalloprotease enzymes that break down collagen and elastin compared to retinol.

In conclusion, both of these compounds produce similar results but often use different methods to achieve them. It’s evident that more research is needed to understand the exact differences and similarities between these two products.

There seems to be no doubt at the moment that bakuchiol is an ingredient just as effective when it comes to skincare compared to retinol. However, a lot of users still aren’t convinced that it is overall better than retinol due to the lack of data and studies.
The comparison of these two compounds will definitely continue to be examined, and there is no doubt that more concrete results will come out as researchers continue to study them.
If you have sensitive skin and have had a negative experience with retinol, it is most likely safe to use bakuchiol as an alternative.