In the first millennium BC, there came a period where humankind took an unexpected turn in changing the transformation of human consciousness. The transformation happened at the same time in three different regions: In China, India, and the Eastern Mediterranean. What happened is that the regnant cosmic and ritualistic consciousness of females an important changed to a male dominated, rational and analytical consciousness.

Sigmund Freud insists that both sexes pass through the early phases of libidinal development in the same way. Differences become most clear during the genital phase. Although women are sexually active during adolescence, peak orgasmic frequency is reached in their 30s. Sexual capacity is constant up to the age of 55 with little evidence that aging affects it.

The Sexual Response Cycle Explained – How Do We Get Aroused, Excited and Satisfied?

Based on the pioneering work of Masters and Kaplan, the sexual response cycle in both sexes is commonly described to be a four-phase process. These four phases are desire, excitement, orgasm, and resolution. We wrote about this in great detail in our article “What does a female orgasm feel like“.

Let’s touch base the most important aspects of it here

The first stage, sexual desire, incorporates the motivational or appetitive aspects of sexual response. Sexual urges, fantasies, and wishes all are included in this phase. Men and women both experience these phases but the timing is often different. An example of this is that there is very little chance for both partners to experience orgasm at the same time. Also, the intensity of the response and the time spent in each phase usually varies.

Most women probably won’t go through the sexual phases in this particular order. Some of the stages can even be absent during some sexual encounters, or out of sequence in others. The desire itself for intimacy could provide motivation for sexual activity in some individuals. Better understanding and an enhanced sexual experience could come from understanding these differences.

Physiological changes don’t usually occur in this phase but here are a few that might happen during the sexual desire phase:

Sexual excitement is considered a subjective feeling of sexual pleasure and is followed by physiological changes. Penile erection in males and vaginal lubrication in females is included in this phase. This phase usually occurs right before the orgasm, and could also occur as a result of desire or stimulation.

In this phase, there is a continuation of bodily changes that started in the desire phase, along with other physical and emotional changes. The vagina proceeds to swell, the inner sections of the vagina might lengthen, dopamine levels increase and the clitoris will become very sensitive and can retract from the clitoral hood. Plateauing (Which is sometimes regarded as a separate phase) represents the heightened state of excitement obtained with continued stimulation.

Physical changes that occur in the sexual excitement stage include:

The third stage popularly known as orgasm is the peak of sexual pleasure. This phase is the climax of the sexual response cycle and it is the shortest of the phases because it generally lasts only a few seconds. It is followed by a rhythmic contraction of the genital musculature in both men and women, and it leads to ejaculation in men.

Although the orgasm phase is usually the shortest phase in the female sexual response cycle, it doesn’t make it any less significant. It’s described as the climax and tends to be the most pleasurable phase in the whole sexual response cycle. During this phase, you can experience different physical changes such as muscle spasms and contractions, contraction of the vaginal, pelvic, and uterus muscles, high blood pressure, and heart rate.

If you have ever experienced a rash or blotchy skin during this phase, you shouldn’t be worried because this reaction is fairly common.

General physical characteristics of orgasm include the following: 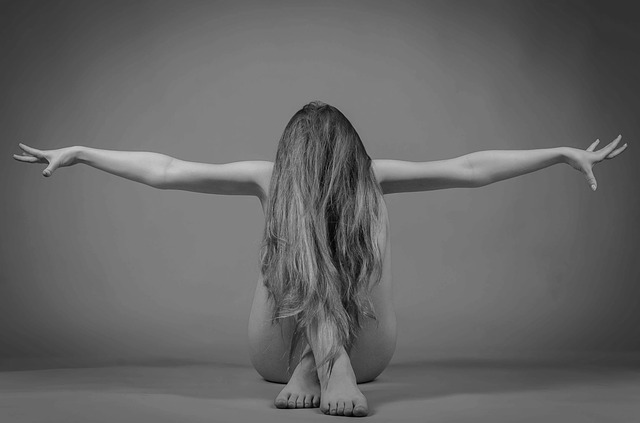 What Happens After the orgasm?

The resolution phase is what happens when the body returns to the baseline, its unaroused state. What happens is that your heart rate and blood pressure will return to normal levels, swelling will diminish, and your muscles will return to their normal relaxed state. It’s very common to experience feeling tired, fatigued, and calm during this phase.

Some women may find it fairly easy to orgasm again from this point, but this will vary from woman to woman. In the case that you don’t experience an orgasm beforehand, the resolution phase will still occur as your body returns to baseline. A general sense of relaxation and well-being is the most common characteristic of this phase. In males, there is usually a refractory period that females don’t experience (recovery time).

Physical changes that generally occur in the resolution phase:

Three Truths That No One Talks About

Unfortunately, even though we are living in the 21st century there is still much taboo revolving around female sexuality. Like any other taboo, the best way to break them is by talking about them. Here are three common taboos that no one talks about.

There Is No Such Thing as Too Much Lube

Lubricants dramatically increase female pleasure during intercourse. It’s astonishing how many people don’t know how important lube is. For a woman, adding a lubricant during sex can transform a painful feeling into a euphoric one.  This doesn’t apply just to woman who have “vaginal dryness” because of aging, it’s a general attitude among women.

One more ambiguity in our society is how often erectile dysfunction among aging men is talked about, while at the same time when older women talk about lubrication, it is considered taboo.

Women Experience Sexual Boredom as Much as Men Do

Another unpopular topic is sexual boredom. It’s unbelievable how many relationship experts believe that if a woman is in a good emotional place and feels loved, she is forever turned on and ready for sex, and it’s men actually who need sexual variety. This is simply incorrect. Women experience sexual boredom just as much as men do, if not more.

Anxiety, depression, stress, different medical conditions, medications, and aging can all trigger sexual boredom. Also, it might be none of these, since sexual boredom can be triggered by itself, and that’s okay. Even if the sexual boredom period comes, it doesn’t mean the woman has lost general interest in sex. They still have sexual desires and fantasies, and perhaps even masturbate lately. Sexual boredom is sometimes triggered by something deeper, and in these cases, it’s not a bad idea to talk to a therapist about it. But no matter the cause, it’s important to talk about it openly and break this taboo that only men experience sexual boredom. If the cause is low libido, there are a lot of female libido boosters on the market

If you start browsing the internet you will find literally a million guides explaining how a woman can learn to give pleasure to a man. Giving pleasure has been embedded in women’s culture for thousands of years.  And even though there are numerous books and videos explaining how men should please a woman in bed, it’s still considered taboo.

A situation where the male sexual partner focuses on the woman the entire night and the only goal is to give her pleasure is unfortunately very rare. Even when it does happens there is some resistance, and this taboo is exactly the reason behind the resistance. If you are a man reading this article, try this out at least one night, you will be surprised with the reaction you will get from your better half. It’s sad how receiving pleasure for women is still such an unimaginable scenario. This is why it’s important to discuss this with your partner, and even though this is considered taboo it can also be used as a sex tip for men reading this article.

Even though we live in the 21st century, when it comes to female sexuality, there are a lot of cultures, and religions, especially in the developing world that still try to impose social restrictions. This ongoing restriction has led to an evolved sense of negativity among women regarding sexual activity.

Today, it is important to create a first healing step that leads to creating a factual awareness among them, as well as in the entire society as to what sexuality really is. Solutions like this could probably figure out most of the problems related to female sexuality. There are several sexual disorders that are specific to females based on a sexual response cycle. The prevalence of these disorders is not clear, mostly because of the stigma that is associated with sex.

Thankfully, there are several therapeutic approaches that can be used to effectively manage these disorders and help women.

We have also a guide on how natural product can help with low libido.